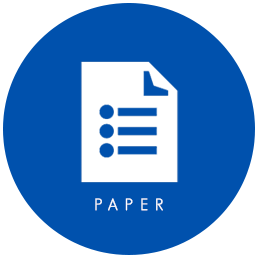 A performance analysis with the analysis model by Janet Adshead

The performance R.E.M, choreographed by Manuel Rodriguez, will be analyzed with a analysis model from the book Dance Analysis by Janet Adshead (1988).
The analysis is based solely on personal interpretation and experiences of the work with the active choice to exclude explanations of the work in advance, to in turn, see if it results in a personal theory of a message. That goal was formulated before the performance was seen, to be able to only focus on the relevant for the analysis. The text will also include an analysis of the choreographer’s choice of tools in the basis for his work.
The analysis model is based on four stages. Stage 1 and 2 are objectively descriptive and allows for naming, based on what you see. Stage 3 provides the ability to recognize and identify the character of the dance, describe the qualities and understand it´s meaning and finally in stage 4, it´s possible to judge, evaluate and appreciate.

The report can be downloaded here

Manuel Rodriguez has choreographed a piece with clear divisions of characters. The show features seven characters, three of them wearing heels and black clothes, other three is wearing all white and the seventh is wearing boxing shorts and is shirtless. The division is not only evident in the clothing, but also in the choreographed material, how the dancers are placed on the stage and their relationships to each other. For example, two of the black dancers is walking back and forth along a black carpet on the stage, when they arrive at the edge of the carpet they stop, wiggling hips and turning the head, looking out over the audience and then turn over and continue the walk. Mean while, the white dancers are slowly moving towards the center of the stage. They white dancers is changing between moving quick and slow during the whole performance.
Later in the performance, the white dancers is placed in the middle of the stage, in a white spot on the floor, while the black dancers is standing on the black colored floor at the sides of the stage and watching, as well as the seventh dancer who is wearing boxing shorts. The seventh also has a solo during the performance where he moves with boxing gloves.
The show includes props as white styrofoam pieces. One of the black dancers hit hard in these pieces so they spreads all over the stage. Thereafter, the white dancers is placing these pieces of styrofoam on the stage, at the same time as the black ones is watching.
The show also includes different sounds and music with lyrics.

After this analysis of movements, there is much that can be read and interpreted on the basis of personal experiences and associations. A generell theme that was experienced was groupings and power relations/positions. The following factors are the basis of that experience.
When the black dancers move back and forth on stage, their movements perceives as posing with a strong attitude of self-confidence, the sound of the heels when they are walking also reinforces the feeling of the strong attitude. The black dancers continues throughout the show to keep this character, which is totally different from the white dancers who never move in the same pulse as the black ones. They change between moving very quick and slow, as if you press rewind or slow motion in a movie.
Not only this attitude from the black dancers makes the feeling of position of power to appear. When the black dancer strikes so small pieces of styrofoam flies over the stage and the white dancers structures these pieces afterwards, meanwhile the black dancers is watching, makes the black ones look like they have authority and power over the white ones. Especially when this takes place in the context of the quality of slow motion for the white dancers, the slow motion movements increases a feeling of carefulness and insecureness. And not to forget that the black dancers is standing with their arms crossed and watching the white dancers as ’’slaves’’.
The fact that the dance material was performed both slowly and quickly was interpreted to be an active choice of the choreographer. The audience get time to understand what is happening on stage and see the sequence of events from different perspectives. If some movement are not made in slowmotion, the spectators may not understand or reflect about the relationships that can have a significant role in the performance.

After the analysis, I think that the choreographer’s message is social criticism, the individual’s social behavior in groups and it´s power. He wants to draw attention to society’s various social groupings.
Similar to Samuel P Huntington who is the author of the book The Clash of civilization (1996). Huntington is saying that a group can be defined as a number of people who all feel connected with each other in any way and how people examined security affiliation in religion, politics, culture, values and family. He also talks about identity and how to identify the culturalrelated groups and describes it as humans seek out groups to find their identity. Along that, he highlights the world we create in connection with the power we have to increase, depending on the amount of members in the group.
Through the white and black color, Rodriguez have divided the dancers and have chosen the ”evil” to wear black clothes and the ’’good” wearing the white clothes, which is typical of it´s color in many cases. Example as angels ar white and witches are black etc. The division is not only presented in the dancers clothes but in the floor of the stage. By the sport boxing as a metaphor, it´s representing an individual who have beaten himself out of the power structures and hierarchies and therefore stand out in the group of dancers in the way he dresses. It seems like the black dancers is a group of people who have power to own the white dancers, they are the ones who is on the computer and pushes stop, play rewind etc. and the white ’’subclass’’ dancers are controlled by the hierarchy.

The absolutely most predominant tool that the choreographer have used is the different factors of time. As mentioned above, it is perceived as the dancers is rewind from a computer and moves in slow motion, speed is therefore the mainly used tool of time. This sudden contrast between the fast and slow, results in the tool dynamics, various body movements with the effect of force. And thou slow motion is a recurring theme in the performance, it means that the tool continuity also is used and discontinuity regarding to the speed variations. The tools synchronization and repetition also becomes clear when the black dancers moves back and forth on stage.
The choreographer has also worked with the tool limitation. As Previously mentioned, the seventh dancer in boxing shorts has a solo where he is moving with boxing gloves. By using light (technical tool), a rectangular pattern was molded on the floor. Geometric patterns was therefore the limitation of this piece. All the styrofoam pieces is shaped as rectangles or squares and is only placed linearly with the room’s direction, which in itself may-be a limitation, that the dancers are not allowed to place the pieces diagonally or wrong in any way, in the room. To constantly move in a special quality is also a limitation, the whites are never returning to ”normal” speed in their movements etc.
The tool music occurs several times during the performance in a combination with the tool time. A song is playing a few times during the show, in slow motion, and in the end the song is playing again but in its original form/speed. The choreographer has chosen to not work along the music but rather have it in the background for the piece, the movement is not choreographed to the music’s pulse or rhythm.
The variation of quality is throughout the entire work, for example, the quality of movement as the white dancers working with never occurs in the black dancers bodies.
The use of a break is also present in the work to create tension, this combined with the technological tool, light and sound. For example, when a white dancer drops a piece of styrofoam, a very loud sound appears and makes it sound like a powerful strike to the ground, the lights go out and only a spotlight is directed with focus on the piece of styrofoam to create tension in the room and interest from the audience.

To conclude, my interpretation of Manuel Rodriguez performance R.E.M is a critique of various social groupings, power structures and an attention to the individual’s social behavior in groups and power of being alone.
Rodriguez have used several different tools in the creation of R.E.M as technology, music, time, limitation, break and quality, he has also combined these tools to create and evoke different feelings in the room.